The old AINSI cement factory in Maastricht serves as the creative base from which Hoge Fronten – led by dramatist Lieke Benders – creates theatrical programmes that put a southern Dutch twist on universal themes and presents them on the national and international stage.

The performances by Hoge Fronten invite the audience to literally and figuratively move and to search for universal similarities that transcend religions, convictions, and individual values and truths. In her work, Lieke Benders emphasizes in a playful and poetic way the social importance of nuance, compassion, and empathy. Her starting point is always her own observations of the needs of people and the spirit of the times.

Over the past six years, Hoge Fronten has collaborated with various partners to create performances for children and adults alike. These performances were held in theatres across the Netherlands and Belgium, as well as at various national and international festivals. The troupe has since built a fully customizable repertoire, but continues to produce new shows as well. 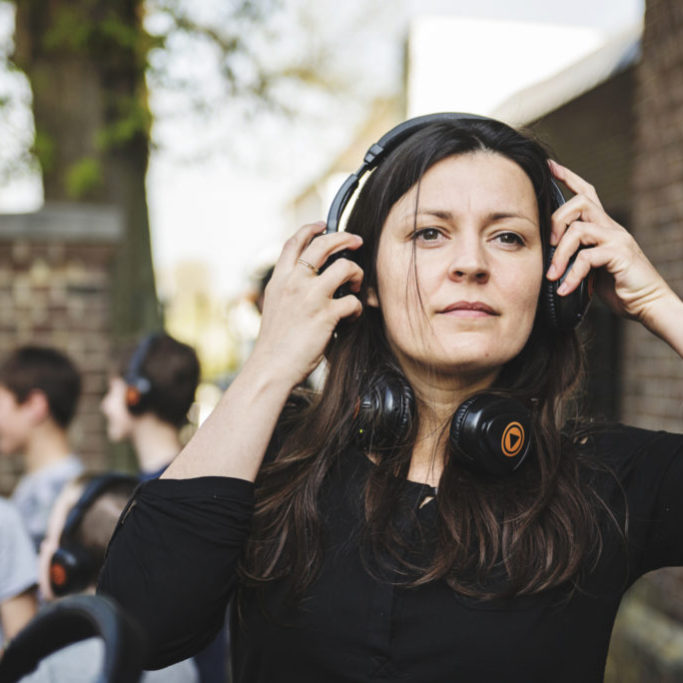 Lieke Benders grew up next to the church in Sittard. She graduated from the Maastricht Academy of Performing Arts in 2003 as a director and has been the CEO of the Hoge Fronten foundation since 2010.

She plays a pivotal role in developing and carrying out new productions. Her work straddles the boundaries between visual arts and theatre, theatre and daily life, and traditional and modern theatrical forms. The story itself determines the form each production will take.

My ideas are rooted here, but they take shape everywhere. What I used to be ashamed of I now embrace.

The performances created by Lieke Benders and Hoge Fronten are a play on contrasts. In a society that values competition, performance, hard facts, money, and shock effects, she deliberately chooses a different direction. The tone is emphatically not aggressive, loud, or shocking. She chooses instead a different approach to her theatrical language.

Niet Vergeten, a show for the whole family (ages 7 and up), is about precious memories and events you’d rather forget.  Benders produced this show with children’s book author Joke van Leeuwen. To accurately capture the thought processes of a child, Dr Henry Otgaar, head of the Faculty of Psychology and Neuroscience at Maastricht University, served as production advisor.

Niet Vergeten was well-received by the public and the press, and received a four-star review by Dutch newspapers de Volkskrant, the Theaterkrant, and De Limburger. The show premièred in 2016 and was performed 151 times for more than 19,500 people in the Netherlands and Belgium until the spring of 2019. 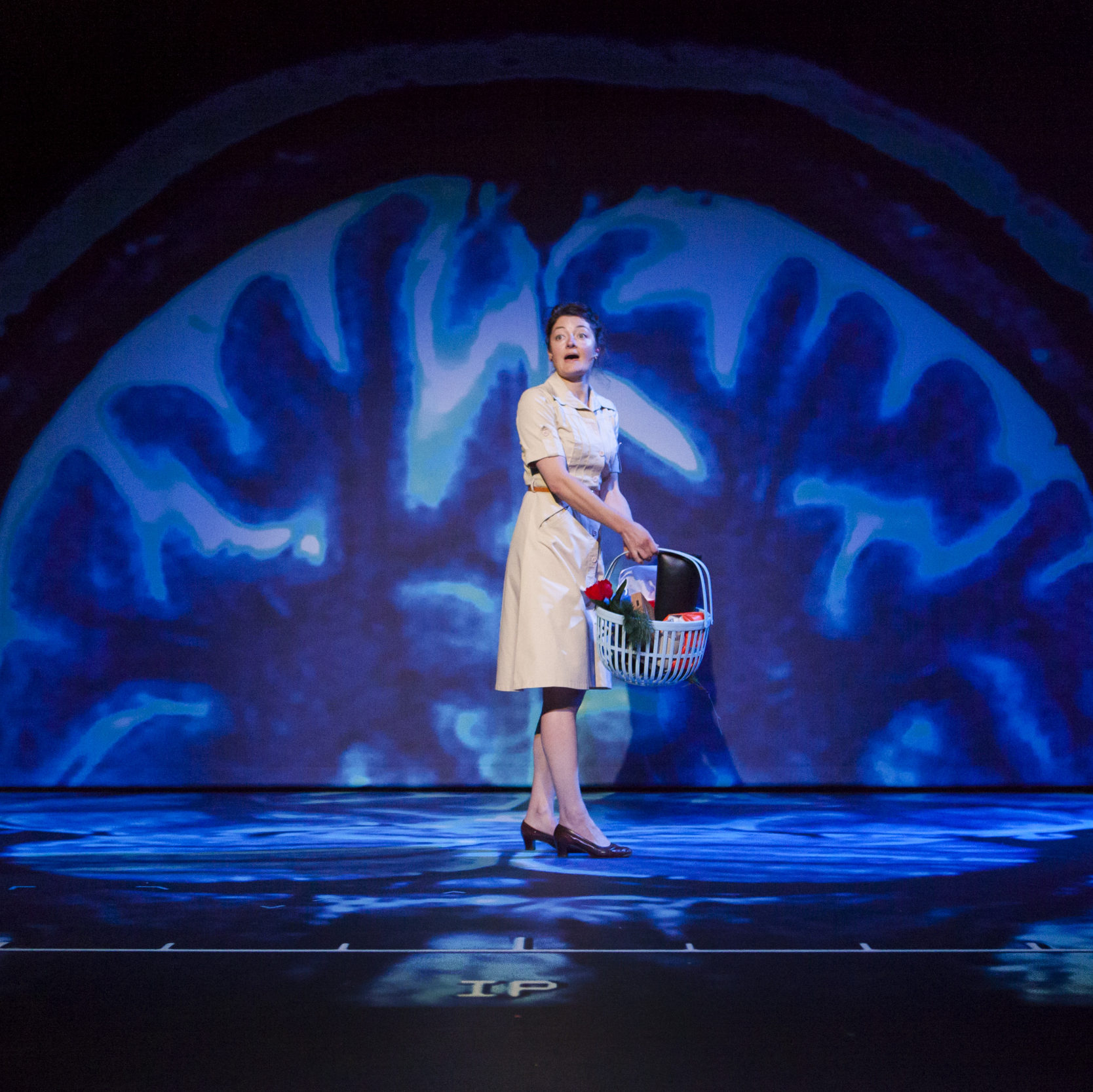 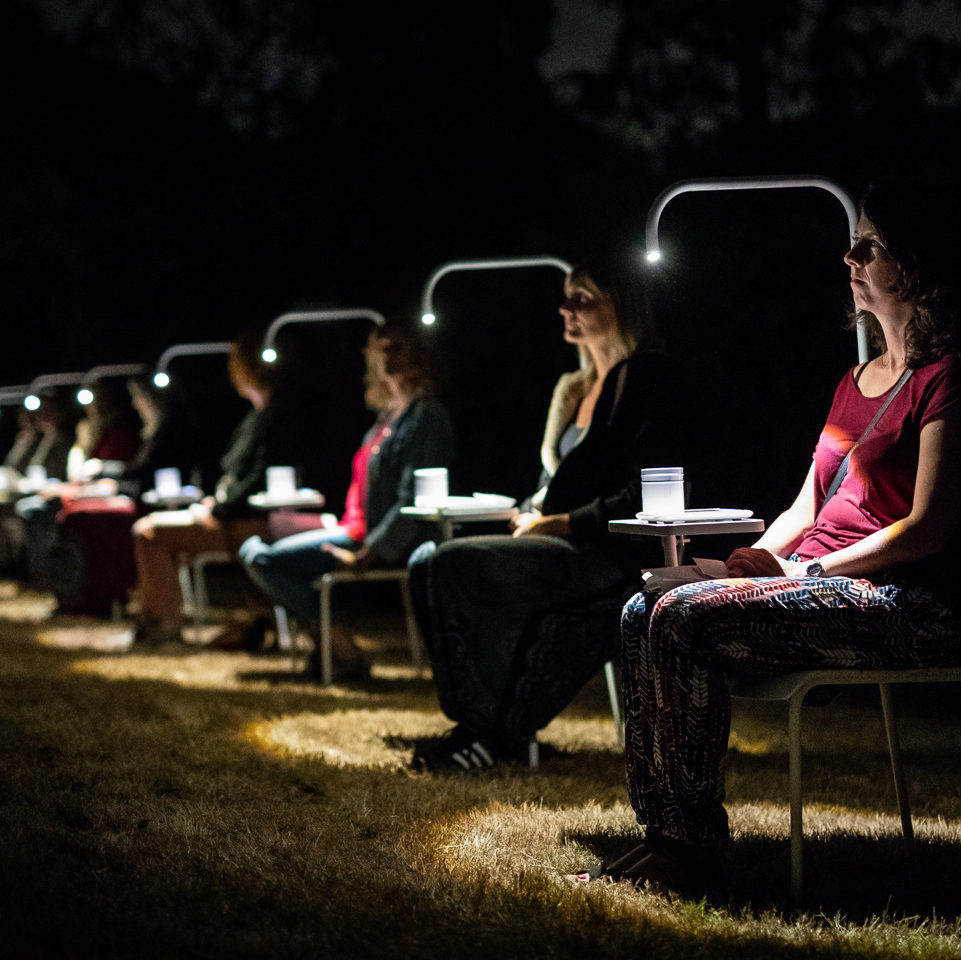 Site-specific performances
Hoge Fronten is a flexible organization that puts down roots in various cities and locations away from its base in Maastricht in order to become one with its environment. By interacting with and involving locals, Hoge Fronten makes a unique connection with its audience. What makes these site-specific performances so special is that they were designed to be performed anywhere, without losing their unique character. They change yet stay the same, regardless of the performance location.

Over the years, Lieke Benders has adapted and tailored these performances to their different environments, thereby literally and figuratively reinventing them.

Public activities
Hoge Fronten encourages personal contact and interaction between the makers and the audience by organizing a broad range of public activities around the performances that aim to strengthen the bond between the audience, the performers, and the relevant themes. For its family shows, Hoge Fronten develops additional materials and activities for home, at school, and before and after the show to help young and old alike immerse themselves in the experience.

More information about our status as ‘ANBI’ you’ll find here.