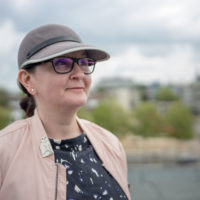 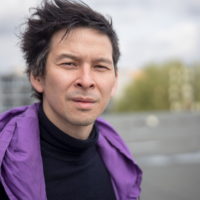 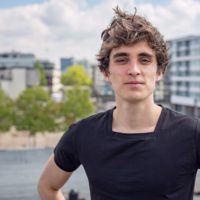 Livia Coloji (RO) is a visual artist who primarily works in the field of illustration. She graduated from the West University of Timisoara, Faculty of Arts and Design, with a degree in design. She now lives with her partner and a houseful of pets in Timisoara, Romania and works in a shared studio on illustration books for children, stationery, packaging, and editorial articles for customers from all over the world. She was nominated for the World Illustration Award 2015 (UK) and several of her books were awarded national design prizes. Livia is also part of Balamuc, a partnership and independent art space focused on social and political drawings.

Éric Minh Cuong Castaing (F) established Shonen Company (‘teenager’ in Japanese) in 2007. He has been an associate artist at the Ballet National de Marseille since 2016. Castaing makes dance performances, installations, and films in which he explores the digital age. The duality between art & society, reality & fiction, nature & artificiality are also recurring themes in his work. It is interesting to note that Castaing attempts to link dance to new techniques, such as humanoid robots, drones, and augmented reality. His work is given shape within social reality in cooperation with institutions outside the art world, including research laboratories, schools, hospitals, and non-governmental organisations (NGOs).

Bart Bijnens (NL) represents Toneelgroep Maastricht. Bart graduated from the Maastricht Academy of Dramatic Arts in 2017. Before that he followed a course at Arcus Kunst, Theatre and Media (KTM). In 2011 he was part of a group of students that, together with elderly residents of Sevagram, made the emotional performance ‘The Family Table’ on Cultura Nova 2011.

In addition to his work in the theatre, with companies such as International Theatre Amsterdam, The National Theatre and Toneelgroep Maastricht, Bart has gained experience in operas, music theatre and film making. His work as a director’s assistant and actor includes collaborations with internationally renowned artists such as Ivo van Hove, Frank van Laecke, and Erwin Olaf.